A WITCH'S BOOK OF SPELLS, RITUALS AND SEX MAGICK

IF YOU DO NOT ALREADY HAVE THIS BOOK THEN PLEASE READ ON...

I had just turned 18 when I first became interested in witchcraft. I thought my world had come to an end - my boyfriend, whom I adored was seeing another girl. I knew I was losing him. My aunt, who had always known a few things about the occult, asked me to try an old witchcraft spell to regain my boyfriend's attentions. It seemed silly to me that burning a candle and reciting a few words could change anything, but i was so desperate that i was willing to try anything.

The spell worked like magic! He stopped seeing the other girl and about a month later he asked for my hand in marriage! After that I picked my auntie's brains on everything she knew about witchcraft spells and rituals. Little did I know then that I would one day be a High Priestess to my Witch's Coven and write my own book of spells and rituals!

My book is entitled "A Witches Book of SPELLS, RITUALS AND SEX MAGICK" and if you don't already own a copy of it then you should really read carefully what I have to say as it could be the answer to your problems and much more! My publisher has asked me to thank everybody who has written to tell me how much the book has helped them. Never did I believe I would receive so many letters - and so many amazing testimonials! I have files bulging with them - here are a few excerpts:

"For years I never had any luck at bingo or the horses. In the first month after doing your gambling spell I won three prizes and £400 in bets!" - C.J. Leyton.

"I couldn't believe it - I was four weeks overdue with the rent and the landlord actually told me to 'forget it'! I still can't figure it out - it could only have been your spell that did it" - M.M., Walthamstow.

"Thanks to your spell for getting a man, I now have the most wonderful lover. He adores me and takes me everywhere. How can I ever thank you!" - K.J. Ongar.

"My foreman would always give me tha areas no one else wanted. He seemed to have it in for me. I did your ritual for power over people and the next day he actually smiled and asked how I was and gave me a good area. He's been like this ever since" - C.F. Chingford.

The spells and rituals that helped these people are in my book. These spells are tried and tested and will work for you. You do not have to join a covan to get results - you will get definite results just by following the simple inbstructions in my book.

I have learnt a great deal about witchcraft and I can tell you what will work for you and what will not. My spells and rituals are proven - they are also sane, simple and practical. You need a few inexpensive, easy to obtain candles and a little privacy. You don't have to go digging in graveyards or bankrupt yourself in buying endless occult paraphernalia (some of my instructions don't even require candles or privacy. BUT THESE INSTRUCTIONS DO WORK!).

I explained to Sarah, a professional woman in her mid-30s, how to tap the power of her mind to create a Witch's Thoughtform to protect her home. Her bungalow had been burgled three times in three years. I explained that witchcraft could do what burglar alarms and window locks could not, create an impenetrable shield of protection around her home.

That was five years ago.. Her home has remained safe in spite of continued break-ins in her neighbourhood. Thanks to witchcraft Sarah has peace of mind.

WITCHCRAFT CAN PROTECT ALL YOUR POSSESSIONS FOR VERY LITTLE EFFORT - IT CAN ALSO PROTECT YOUR PERSON.

Angela C., an avid practitioner of my spells and rituals, lives in a part of London where it is very dangerous for a woman to walk alone in the daytime, let alone the night, but she feels total safety, thanks to her Witch's Thought Form. "I have seen suspicious young men looking at me, with no good in their eyes, and yet they don't come near me. This is an area where muggings and assaults happen all the time!".

Angela just spends ten minutes a day of her time in order to gain the strange supernatural protection.

Witchcraft can slo give you control of bothersome people. Take the case of young Jim who couldn't get any sleep because of his neighbour's late night parties and loud music. Predictably they told him to lose himself when he asked them politely to try and not be so noisy. I could see that his nerves were near breaking point when he turned to me for help. He really didn't think a simple ritual could change anything, but I told him to try it and see.

The ritual worked immediately. As if by magic the neighbours began behaving themselves the very next night after Jim did the ritual.

WHEN YOU HAVE MY WITCH'S SPELLS AND RITUALS AT YOUR COMMAND, PEOPLE CANNOT MAKE YOUR LIFE A MISERY, THEY CANNOT CHGAT YOU, YOU CAN TURN THE TABLES ON THEM IMMEDIATELY.

One young lady who took my advice put an end to her sisters' visits. She also put a stop to the attentions of an unwanted lover.

She did it silently and invisibly. The sisters and the boyfriend simply stopped calling. It seemed like magic. But then witchcraft is magic.

Another woman found her life being made unbearable by her bullying aggressive son. Her husband couldn't do anything about him. I gave her my 'power over people spell' and literally overnight the young man's attitude changed. Nobody could believe what happened. He is still not the perfect son, but his manners and behaviour are much better. His mother now has peace of mind knowing that she can always control him - through the invisible, silent powers of witchcraft - whenever she needs to. Witchcraft can also exert a mysterious effect on legal affairs. Young John, an ambitious video dealer, suddenly found himself in a terrifying legal difficulty. He faced not only bankruptcy but the loss of his home and five years in jail, if the Court found against him.

Then all of a sudden, out of the blue, the prosecution dropped all charges. 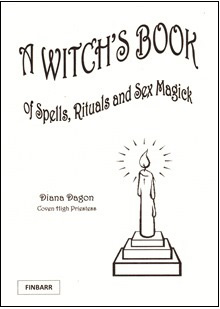