It also got her blood pressure down to normal and ended her panic attacks, she says.

She had always been fascinated by precious stones but had never tried ‘magic’ with them for everything she had read on the subject had only left her confused and bewildered.

But then an amazing dream prompted her to look at her stones in a new light.

It was then that the ‘magic’ began to happen, she says.

She had been depressed by a messy divorce and the sudden death of her mother. She was in debt and was drinking heavily.

It all began to change within a few weeks.

She stopped drinking. Dead cold. Without will power.

‘I couldn’t believe it! And that was only the beginning’, she says.

Her biggest anxiety was her credit cards. But lucky stone magic ‘sorted them out’, she says. ‘IN THE SPACE OF JUST THREE MONTHS MY BANK BALANCE WENT FROM ZERO TO $101,000.’

‘I swear to God this is true.’

‘It got my weight down and at last I can fit a size 12. That was previously unthinkable.’

Later it brought her the man of her dreams. Lucky stone magic also enabled him to quit smoking and pass his driving test after failing six times.

‘Lucky stone magic is so simple’, she says. ‘And if you can’t afford the modest cost of a precious stone an ordinary common stone from the ground will do’, she says.

‘All stones are Mother Nature’s gift.’ 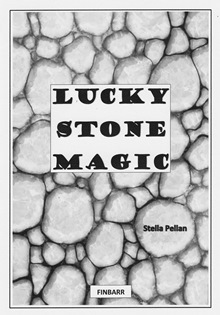