For centuries, censured by Church and State for its taboo content!
Description

'When you come to me of your own free will, the rewards are great and powerful' - Lucifuge Rofocale

THE INFERNAL CONJURATIONS OF THE NOTORIOUS GRIMOIRE OF HONORIOUS, circa 1670

For centuries, censured by Church and State for its taboo content!

At last, a genuine black grimoire for conjuring never-ending riches... gifts and windfalls... sexual gratification... power over others... discovery of hidden treasure! 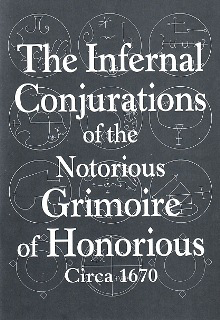