THE FINBARR GRIMOIRE OF MAGICK POWERS

Spells, Rites, Mantras, Invocations, Chants – Tried & Tested
A grimoire for the modern reader. ALL CLAIMS HERE ARE BY USERS OF THESE MAGICK POWERS, not by author or publisher. 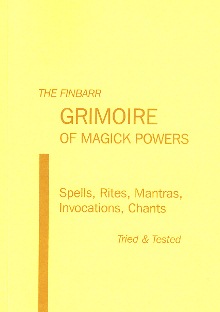