This book has a spiritually liberating effect on the reader.
Description

Back in print by popular demand

THE BOOK OF GNOSTIC REVELATION

This was one of the strangest books we had ever published. Written by three anonymous persons under the auspices of The Gnostic Revelation Society, we published it in 1982. It became a steady seller, but never made it into a French edition which is the second language for most of our publications. Eventually we let it go out of print in 1990, but then began a steady stream of requests for it to be made available again. When we learnt that copies were changing hands for upwards of £100 a time I decided it was time for Finbarr to reprint. The mysterious Society and its authors apparently disappeared, but the decision to publish the book in the first place was based purely on the strength of its powerful and radical message. It affected me deeply in 1982, and has remained one of the most influential books on my thinking.

This is clearly not a book for everybody. IT IS CENTURIES AHEAD OF ITS TIME. It is 'revolutionary' in the profoundest meaning of the word. IT CONTAINS NO RITUALS AND NO RECIPE FOR A BETTER LIFE, AND YET - IF READ AND ABSORBED SEVERAL TIMES - CAN CHANGE THE WAY ONE THINKS FOREVER.

The book contains elements of Zen, Ouspensky, and Krishnamurti, but its core is GNOSIS, the Greek word for knowledge. At the centre of Gnosticism was the original Judaic-Greek cult of Jesus which was savagely suppressed by the Roman Christians. Gnostic Christianity - which preceded the Roman - was the antithesis of Roman Christianity. 'Knowledge' equalled 'revelation' which equalled POWER, feared mightily by the early Catholics who branded it as 'devilish'.

What is in this book FLIES IN THE FACE OF EVERY TRADITIONAL - AND EVEN OCCULT - BELIEF. This book affirms the physical so powerfully that it makes the extraordinary claim that humans' true destiny is to REMAIN IN THE SAME PHYSICAL BODIES ... not to die and reincarnate!

The authors go so far as to claim that there are individuals alive today that were alive at the time of Christ!

They give no formula for physical immortality: they only explain GNOSIS which they claim to be the key to everything.

Behind all our troubles and anxieties, they say, is fear. Fear stops us from succeeding; from becoming what we should be.

I cannot say that I personally agree with everything they say. Their attitude to hypnoses, for example, is a hard one to take. Yet re-reading it now I am again stirred by its power. THIS BOOK HAS A SPIRITUALLY LIBERATING EFFECT ON THE READER.

The authors don't deny the value of sex and wealth but AFFIRM them. Physical wealth and healing of mind and body are automatic, they say, when Gnosis is experienced. Within this book is an age-old secret of Initiation which humanity at large may never be ready for.

It explains that ADEPTHOOD is possible for the individual without the need to follow others. People remain poor, become ill, die, because of fear and conditioning, the authors claim. Fear must thrive for society's wheel to turn. There are no rituals to do, no visualizations, no prayers, no positive thinking, no auto-suggestion; and no equipment required. All you need is right here in this book - a book centuries ahead of its time.

Do - can - people live so long? I have personally heard extraordinary stories from persons of integrity and not everything I know I am ready to publish; but I can say that genuine immortalists have no desire whatsoever to make public their condition. It suits them if others think they are merely 70-years old, even though no-one has any knowledge of their relatives.

The book explains the true meaning of what Christ said. Maybe too potent, and maybe upsetting for the masses; hence the Church's suppression.

The book is written with such a simplicity and its argument is so compelling that it is impossible to put down. Contents include: Universal Energy ... The Words That Can Transform Your Consciousness ... Awakening Your True Self ...The Royal Road To Mastership ... Loss Of Self ... The Abyss ... The Secret Of Riches & Prosperity ... The Body Completely Renews Itself Every Month, Not Every Seven Years ... What Scientists Have Found ... What People Fear To Know ... Avoiding Accidents ... The Road To Mental & Emotional Freedom ... Instant Revelation Is Available To You ...Don't Let Yourself Get In The Way. 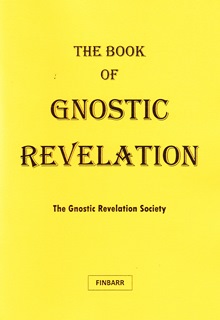