THE COUNT AND THE ELIXIR OF LIFE

The story of Count Cagliostro
Description

The Count and The Elixir of Life

The story of Count Cagliostro, an 18th century alchemist & Kabbalist reads like something out of a fiction thriller, so much of it seems improbable – yet this is fact. A contradictory man: both a charlatan and a genuine magician and prophet. He was accused of fleecing the rich, but gave away money to the poor. He cured hundreds of the incurable. He could be impoverished, yet at other times seen to be spending money ‘like water’. Astonishingly, against all odds, he predicted winning lottery numbers – but for others, making them rich. He was threatened, cajoled and persecuted by those who wanted to know his secrets; at one point he could only go about his business under police guard. He claimed to possess the elixir of life, rejuvenating the old and extending their lives. He was initiated by the legendary Count St Germain, a man reportedly seen in royal circles over a period of three centuries. Controversy surrounded him everywhere he went; he was thrown into jail; sought after by princes; implicated in palace scandals. The circumstances of his birth and death are shrouded in mystery – and what happened in between seemed hardly possible. What were his secrets? What can be believed? Author J. Finbarr unravels the enigma and explains some of the Count’s secret rites which have since come to light. 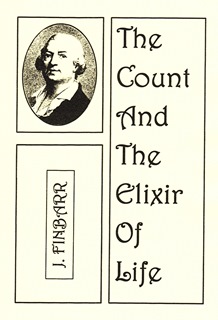